How to Litter Train Your Kitten 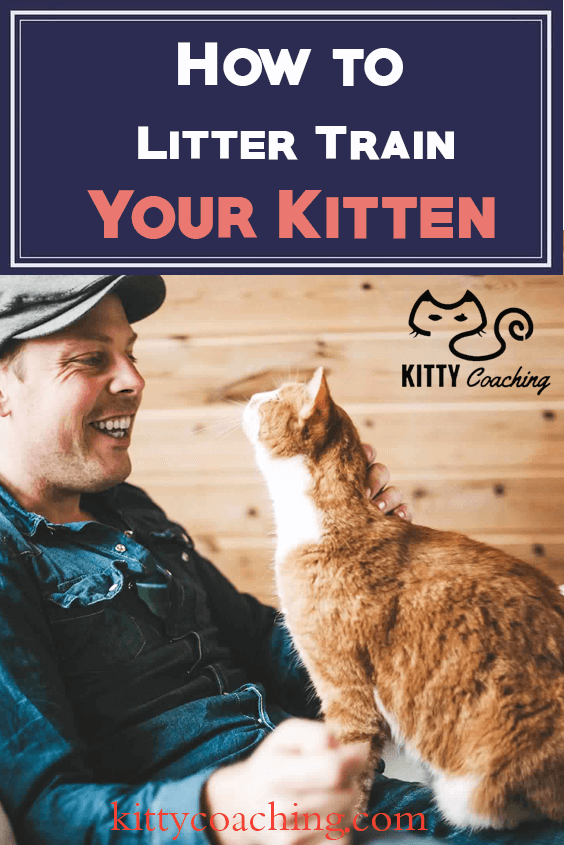 You have probably never had a second thought regarding where your kitten goes to the bathroom- you just put out the litter box, show them where it is, and they just go, right?

For the most part it really is that simple, unless you are one of the lucky few to have rescued a kitten younger than 4 weeks old!

Contrary to popular belief, kittens do not learn how to use a litter box from their mother. At about 4 weeks of age kittens will instinctively start to scratch and dig in the dirt and dry materials.

This natural instinct is what makes a kitten able to learn how to use a litter box so quickly.

Before you bring your kitten home, make sure you have a place set up for them. It is best to keep your kitten segregated for the first week or two until they are used to their new home (this is especially important if you already have adult cats in the household). This room should have a bed, food, water, and the litter box. The litter box should be large enough to allow for the growth of your kitten into a full grown cat, but it should have one side that is low enough for your kitten to be able to get into.

This will also help you down the road when your cat is a geriatric and may have trouble stepping in and out of a high sided litter box. Do not use a self-cleaning litter box while trying to teach your kitten to use one. The noise and the movement could frighten them, and make them not want to go near the box at all. Most cats are not fond of a hooded litter box because the hood traps the smells inside, and when they scratch the litter the dust has nowhere to go and could cause them to sneeze, cough, and in general be turned off from using it. If you are using a hooded box and you see your cat with their back half in the box, and his front half outside of it while they going to the bathroom, than it’s time to remove the hood.

How to Litter Train Your Kitten – Picking The Right Litter

The type of litter is a decision you really can’t make until your kitten tries a few, so buy a bag at a time until you find one he likes. Most cats in general tend to like clumping litter, so it would be best to try that first. Avoid using crystal cat litter at first, as it is very hard and can be very uncomfortable on your kittens small, delicate paws. If your kitten was previously a stray then they had been digging around in the dirt, so to get them used to a litter box bring some dirt in from outside and mix it with the litter you are using, and slowly decrease the amount of dirt overtime. You should also do this every time you want to change your cat’s litter.

You can also use a product called Cat Attract training litter, which has an attractive odor added to it which causes cats to gravitate toward the litter box.

Be prepared for a few accidents. If they do happen, do not rub your cats nose in it- they are not dogs, and they will not understand why you are rubbing their nose in their feces. Doing so might have the opposite effect, making your cat pee and poop in hiding (in plants, behind furniture, etc) to avoid being reprimanded. Instead if there is poop outside the box, you want to put it in the box, then put your kitten in the box and make him cover it up. Although it is best to keep a litter box clean, when training a kitten to use the litter box it is best to leave a small amount of urine and feces behind to remind your kitten where they are supposed to go.

Place your kitten in the box after a nap, a play session, and about 20 minutes after a meal. Also pay attention to your kitten’s cues- if they start pacing and meowing a lot, circling, and scratching at blankets and the carpet, place them in the box. Once your kitten has started using the box fairly regularly, you can expand the area they are allowed to go, but you should still stick to one floor.

Kittens have very small bladders and not very good bladder control, and if you are playing with the kitten upstairs and the litter box is downstairs, you are asking for an accident to happen.

When you are confident you kitten has mastered the litter box, remember to scoop the excrement at least daily, but if you have multiple cats you may need to do so more often. Completely change the litter weekly or every other week if using non-clumping litter, and twice a week or monthly for clumping.

The most important thing to remember learning how to litter train your kitten is to be patient. Training a kitten is much, much easier than training a dog, and usually will not take more than a week for them to understand what to do. Your little kitten will be litter trained in no time!

These three cat litter brands, though different, are known for being top choices amongst pet owners:

Fresh Step is a top pick for cat owners who have more than one feline in their home. Fresh Step comes in a variety of scented and unscented options, as well as different degrees of odor control.  The greatest strength of this brand is the ability to cover heavy scents, even from multiple cats.  No matter how bad it may get, this litter leaves their home smelling fresh and clean.

Though it depends on the kind of litter you get, some users find that the litter is more likely to get caught in their cat’s paws, and spread throughout the home than other, smaller litters, but this problem can easily be combated by buying a rubber mat for under the litter box to catch any litter that may be trying to escape.

With a name like this, it’s hard to expect anything less than the best! This brand produces natural litter that doesn’t give off a lot of dust.  This is a benefit for both you and your cat— not only will it cut down on having to clean nearby shelves and floors, but it is also great for cats with sensitive lungs.  The litter itself comes in a variety of scents and strengths for different homes and preferences.  The best part is that this litter weighs less than most, making it easy on the back when carrying it from the store and to the litter box.

This brand’s formula makes it clump the best, while also masking odors throughout the day.  There’s very little dust residue, and even though it tends to be a bit more expensive than other options, most people who try it stick with it.  Homes that are fans of more clay-like litter will also like this brand, since it’s a mix of crystals and clay, giving it the best of both worlds, and users that used both the scented and unscented varieties all note that their homes continue to smell fresh instead of “perfumed.”

Great Products To Help With Litter Training Your Kitten